From: Michael Cutler <mcutler007@aol.com>
Date: January 15, 2011 12:38:43 PM PST
To: Michael Cutler <Mcutler007@aol.com>
Subject: CNN Report: “Homeland Security chief cancels costly virtual border fence”
Hi Gang:
The border security program that was given a variety of names is now dead (again)!
It was most recently officially known as the SBInet (Secure Border Initiative Network) but was often referred to by its nickname, “The Virtual Fence.”  A number of years when I appeared on Lou Dobbs Tonight I was asked about my thoughts concerning the Virtual Fence and I remarked that the Virtual Fence would stop virtually no one!
A couple of days ago CNN and other news organization reported that DHS has finally cancelled this extremely costly boondoggle that not only squandered more than one billion dollars of taxpayer money, but perhaps even more disturbing, squandered precious time in achieving the extremely important goal of securing our nation’s southern border.  I have provided you with the article that CNN posted on January 14th about this debacle below.
If you pick up any newspaper you will find story after story about how border regions figure prominently not just where the United States is concerned but where countries around the world are facing threats posed by neighboring armies, smugglers and terrorists.  Border security is not a new issue nor is it confined to the United States.
Often a study of history reveals how borders have been established in the aftermath of war or at least military conflict.  Our military leaders certainly understand the extreme importance of securing borders to protect nations.  One of the first things the United States military did when we sent our troops into Iraq was to have members of the United States Border Patrol accompany our soldiers to secure the Iraqi borders against the influx of insurgents and terrorists.  Many of those Border Patrol agents were carefully selected of the elite BORTAC (Border Patrol Tactical) teams because of the extreme situations they were expected to be confronting along the Iraqi border.
In covering the immigration crisis that confronts our nation, Lou Dobbs decided to call his nightly immigration segment, “Broken Borders.”  Again, indicating the understanding that our nation was failing to secure its borders even in the wake of the terrorist attacks of September 11, 2001.  I was pleased to have been on Lou’s show dozens of times to discuss various components of the dysfunctional immigration system that was failing our nation and our citizens and still, to this very day, continues to fail in every critical area!
The point that must be understood is that there is absolutely no way that a nation can protect itself and its citizens if it is unable to prevent the entry of criminals, terrorists and other foreign nationals.  While it is obvious that the terrorists who attacked our nation on September 11, 2001 only because they were able to enter our country and embed themselves within our country, it is equally obvious that rather than address the severe threat our nation’s nonsecure borders pose to the security of our nation and the safety of our citizens, our government goes to extremely costly lengths to create the illusion of addressing the issues while failing in each and every instance to achieve true success!
Our nation’s leaders have repeatedly told us that in order to prevent the next terrorist attack our officials have to get it right 100% of the time while in order to succeed in attacking us, the terrorists only need to get it right once!  Every single day thousands of illegal aliens flood into our nation and still this utterly unacceptable situation continues on.
Meanwhile, as I have noted in ever so many of my commentaries, the citizens of our nation, in the name of “National Security” and the purported “War on Terror” have been witnessing a constant erosion in our expectations of privacy and freedom that we used to consider our birthright.
Of course there are those “leaders” who will quickly tell you that the 9/11 terrorists did not run our borders, they entered the United States through ports of entry and were able to game the system by which they were granted visas- as though this means that terrorists would never run our borders!  This is utter foolishness and proves the stupidity or the lack of integrity of anyone who really believes that terrorists would not or, in point of fact, have not already entered our nation!
Not to go of topic, but it is important to note that our country’s insane Visa Waiver Program has been constantly expanded and now permits aliens from 36 countries to seek to enter our country without first applying for and receiving a visa.  There is absolutely no security to be found in any of the mechanisms that are supposed to keep out the bad guys! The only security to be found is in the name Secure Border Initiative Network- would that it was even a tiny bit secure!
For the past several years reports surfaced as to how the Virtual Fence was a virtual failure but it limped along, providing, I suppose, a bit of public relations cover to which the administration could point to as an effort to protect our nation while in reality it cost over one billion dollars and, if that expenditure bought anything, it was time for even more illegal aliens including, no doubt criminals and aliens supportive of terrorist organizations to enter our country.
WSB-TV is the Atlanta-based ABC affiliated television station.  Several months ago that station aired an extremely disturbing report about the dangers posed by our porous borders.  Here is a link to that report along with a series of other such reports that were produced by the Special Projects Unit.  I was interviewed for some of those reports by Brad Stone, the producer for that team of journalists who have been doing an excellent job of providing coverage about this disturbing situation.
Here are links to some of the reports that aired:

“Iran boosts Qods shock troops in Venezuela”
Here is the link to that report:
http://www.washingtontimes.com/news/2010/apr/21/iran-boosts-qods-shock-troops-in-venezuela/
That newspaper report contained a link to a Pentagon report that focused on the issue of the Iranian troops that are stationed in Venezuela.

In the days, weeks and months after the devastating attacks of September 11, 2001 a veritable (dare I say virtual) parade of indignant politicians stood before the microphones and cameras for “photo ops” so that they could demand to know why no one “connected the dots!”  I was actually tempted to send some of them boxes of crayons!  However it is now more than 9 years since the terrorist attacks of September 11, 2001.  It is more than 18 years since the terrorist attacks of 1993- first at the CIA Headquarters that resulted in the death of two CIA officers and the wounding of Three others in January of that year, followed just weeks later with the first bombing at the World Trade Center that left six dead, hundreds injured and nearly one half billion dollars in damages inflicted on that once prominent feature of the New York City skyline and still our border remain porous, the immigration benefits program rewards aliens who blatantly defraud that system and time and money and hence opportunities have been irrevocably lost.
Failures to enforce our nation’s immigration laws from within the interior of the United States means that any alien willing to make several efforts to enter our country will inevitably succeed- they only need to make one more attempt than the number of times they are apprehended by the Border Patrol!  Failures to back up the Border Patrol and the CBP (Customs and Border Protection) inspectors at ports of entry with a large enough cadre of special agents of ICE (Immigration and Customs Enforcement) who are provided with proper resources and leadership is the absurd equivalent of attempting to play baseball but telling your outfielders to sit out the game.  Members of the opposing team who could, under those circumstances, hit the ball over the infielders’ heads would be virtually assured of getting an “in the park home run!”
I have made this point before but I believe it is worth repeating-
A nation without secure borders can no more stand than can a house without walls!
I
f
our country is to survive and if our children and their children are to get their share of the “American Dream” the citizens of this nation must take their citizenship seriously!
We the People must be the best citizens we can be, citizens who are worthy of the gallantry demonstrated by our valiant men and women in the military, law enforcement and firefighters, who routinely go in harm’s way in defense of this nation and our citizens.
My goal in writing this and other commentaries is to point out our nations many failings before more victims pay the ultimate price for the incompetence and ineptitude of our government.
The first step in problem-solving is to first identify the problems and vulnerabilities and then devise strategies to overcome them.
If you find yourself to be in agreement with this commentary, I ask that you forward it to as many of your friends and family members as possible and encourage them to do the same.  We need to create a “Bucket Brigade of Truth!”
The practice of good citizenship does not end in the voting booth, it only begins there.

The collective failure of We the People to get involved in make our concerns known to our politicians have nearly made the concerns of the great majority of the citizens of this nation all but irrelevant to the politicians.  I implore you to resolve this year to get involved! 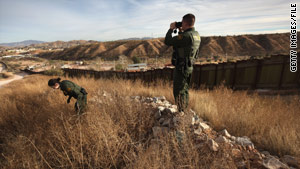